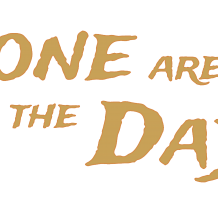 I was broken.  I was mad.  I was frustrated.  I was sad.   I was at an impasse and I prayed for the Church to create real space for truth seeking.  Please….. Please……  Make a safe space…….  I need you and hope for you to truly honor my questions by having a vulnerable conversation about them.  Please hear my heart.  Please hear my soul.  I am begging for you to be real with me and all the others who are hurting.

We understand from time to time church members will have questions about church doctrine, history or practice. Members are always free to ask such questions and earnestly seek greater understanding. We feel special concern, however, for members who distance themselves from church doctrine or practice and, by advocacy, encourage others to follow them.

(This Episode in a different version released to the public on May 1st 2017.  It had been recorded in January 2017.  Due to my discomfort as I re-listened to it in part due to its tone, the episode was pulled and edited and re-released.  Over the next 24 hours, I edited a few small portions and re-recorded some sections.  I believe this version is more in line with the tone I want the podcast to convey while speaking vulnerably to the hurt and pain of those in a faith transition)

The message I read

Let’s look at what the church is doing now. The church has rolled out essays containing statements that will be surprising to members. They did so without any acknowledgment that this information is new and/or contradicts past curriculum. They put forth essays containing information that in the past would only have been available in the anti-Mormon literature they told members NOT to read and the church expects members to accept it as if it had been available all along and as if it is consistent with previous teachings.

The subtle message to members is this: Information we previously told you was anti-Mormon, we are now telling you is true. We are not going to explain why we misled you in the past. We are not going to apologize for our error.  Even, though you now realize that you lied to others because you trusted us, we take no responsibility. Still, we expect you to trust us now and in the future. And we expect you to be honest in your dealings.

The method in which the church released these essays – without any acknowledgement that they contain information different than what they taught (and what they previously asked members to teach) – feels like a type of mental and spiritual abuse.  The fact that these essays have been released without giving extra training and help to Bishops and Gospel Doctrine teachers seems unwise at best, and unethical at worst.

The church has presented these essays in a way that implies members should be okay with this new information. If a person is confused, the implication is that something is wrong with the member, not the information or the way it was presented. The reality is that this is traumatic information for many people. Many feel lied to by the church.

The church has completely placed the burden of reconciling this information on the shoulders of its people while it maintains a stance that there is nothing to reconcile.

And this burden will continue with our current curriculum – with these essays silently inserted – week after week…[Most] people are not leaving the church because of problems with Church history. [Most] are leaving because of issues of trust. They are leaving because they were taught one thing in their youth and are being told something completely different now with the expectation they can continue believing that nothing has changed. Most people cannot do that in a way that maintains integrity – let alone sanity!!!”

Now, I would also add these thoughts:

Anyone who has read the essays knows that something significant has changed, something at least as significant as the change in 1978. Yet as leaders are largely silent, some wards teach the old narrative while some wards are trying to bring in bits and pieces of the new. Nobody knows exactly what to do.

The issue here is more than one of trust. The new narrative has changed reality for many of us. And it’s getting in the way of our relationships because some members believe one reality while other members believe another.