Radio Free Mormon: 50: How To Not Answer Questions On Church History With Steven Harper Part 1 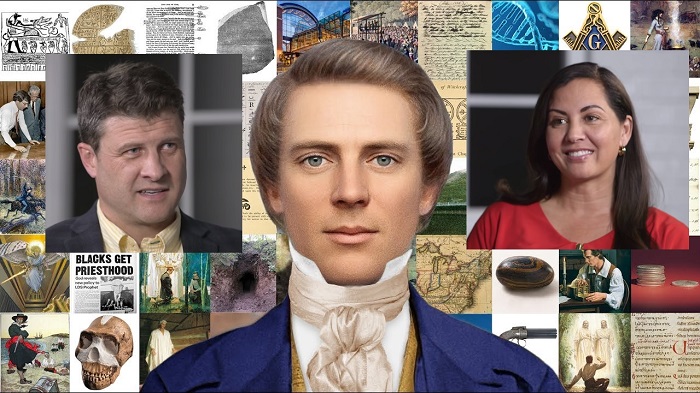 Today we dissect the Mormon Channel’s video titled “How to Answer Questions about Church History” hosted by  Amy Iverson where she interviews Steven Harper on how he as a Church Historian deals with tough issues within Church history.

You might expect a Church historian who is on such a program due to his immersion and professional understanding of LDS Church History to use Church history to show that the tough questions have solid answers.  You might expect him to encourage members who come across a tough issue to dive deeper, to find original sources, or refer them to the Gospel Topic Essays, or at least the Joseph Smith Papers Project as he had a major hand in it.  You might expect him pick out a few tough issues and then show how a more informed understanding of Church history helps to sort these issues out.  BUT……  As you will see he does anything but this.

– Notice his hesitancy to discuss the specifics of Church history.  He seems to, as a Church historian, not want to talk about Church history, and it feels his reason is he senses there is little there to build faith on.

– Notice when asked if Church history has built faith and has resolved his questions he constantly deflects from answering such questions directly and imposes that his testimony is not based in Church history.

– Notice his progression from A.) Questions always resolve themselves  B.) We have some questions that are yet unresolved but We have a lot of answers and I have faith the unresolved will yet be resolved.  C.) There are both several questions resolved as well as several questions unresolved.  D.) I have way more questions than answers and the more I learn Church history, the unresolved questions grow exponentially. and finally where he ends up E.) I hate to burst your bubble but dealing with the data causes us to reconstruct the Church in ways that have our faith in “what the Church is” being similar to how we reconcile Christmas after deconstructing the literalness of Santa Claus.

While Amy imposes that Church history has been, to Steven Harper, “an illumination to his soul”.  Radio Free Mormon and Bill Reel’s analysis shows it to have been anything but.

5 thoughts on “Radio Free Mormon: 50: How To Not Answer Questions On Church History With Steven Harper Part 1”