Marriage On A Tightrope 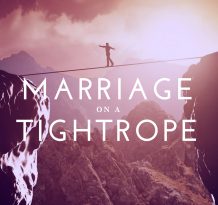 A spontaneous episode.  Sometimes you need to stop what you’re doing and say something nice to your spouse.

One thought on “Marriage on a Tightrope: 058: Stop it and say something nice”