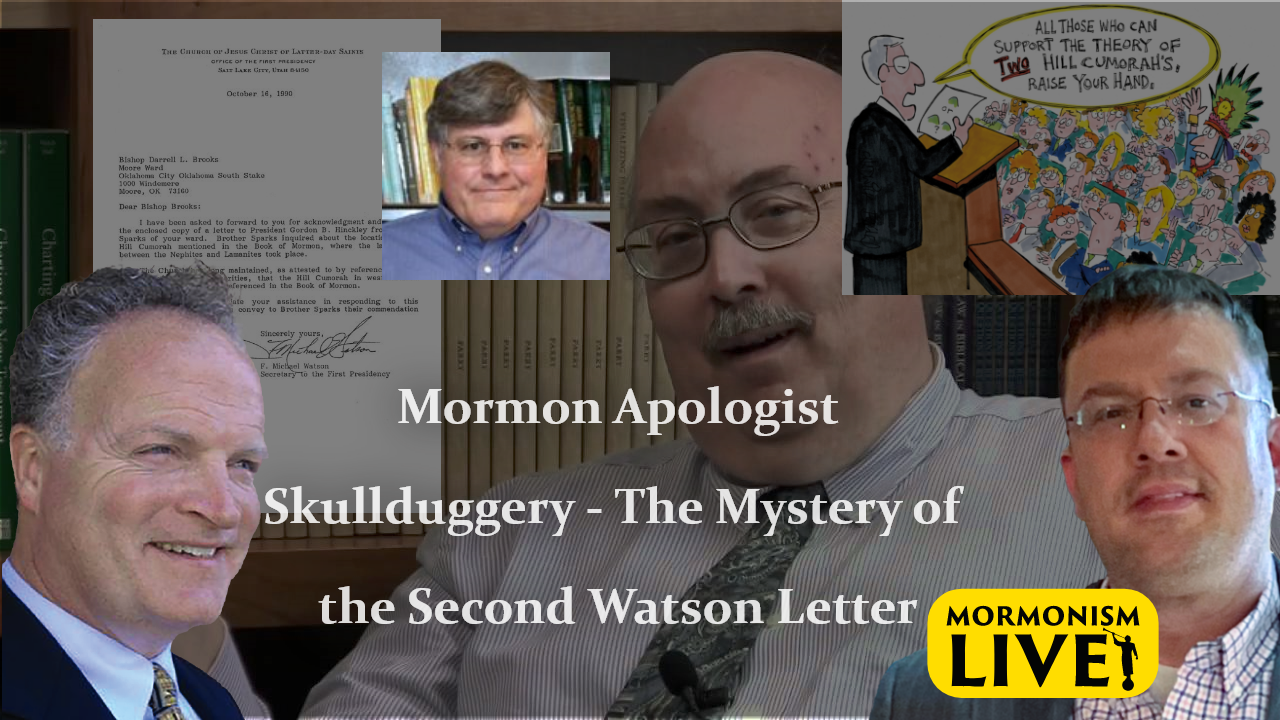 Playing off of last week’s “Two Hills Cumorah” episode we investigate the claim of a “2nd Watson letter”. What we find is not only more apologist obfuscations but perhaps one of the biggest underhanded maneuvers LDS apologists have ever pulled off.

Wilson also ignores the fact that versions of the Limited Geography Model have been published in The Ensign, the Church’s official magazine; while Sorenson’s An Ancient American Setting was published by Deseret Book.71 It should be clear that the official Latter-day Saint position on the Limited Geography Model is not antagonistic. Some Latter-day Saint leaders have disagreed with the model. Others, however, support it.

70 Correspondence from Michael Watson, Office of the First Presidency, 23 April 1993.

QUESTION: Why not contact the Office of FP and get a copy?  Or another letter?

Review of Books on the Book of Mormon; Matthew Roper; 2004

“Limited Geography and the Book of Mormon: Historical Antecedents and Early Applications”

“The Church emphasizes the doctrinal and historical value of the Book of Mormon, not its geography,” agreed Michael Watson, secretary to the First Presidency of the Church of Jesus Christ of Latter-day Saints, in a 1993 statement:

While some Latter-day Saints have looked for possible locations and explanations [for Book of Mormon geography] because the New York Hill Cumorah does not readily fit the Book of Mormon description of Cumorah, there are no conclusive connections between the Book of Mormon text and any specific site.¹⁰⁷